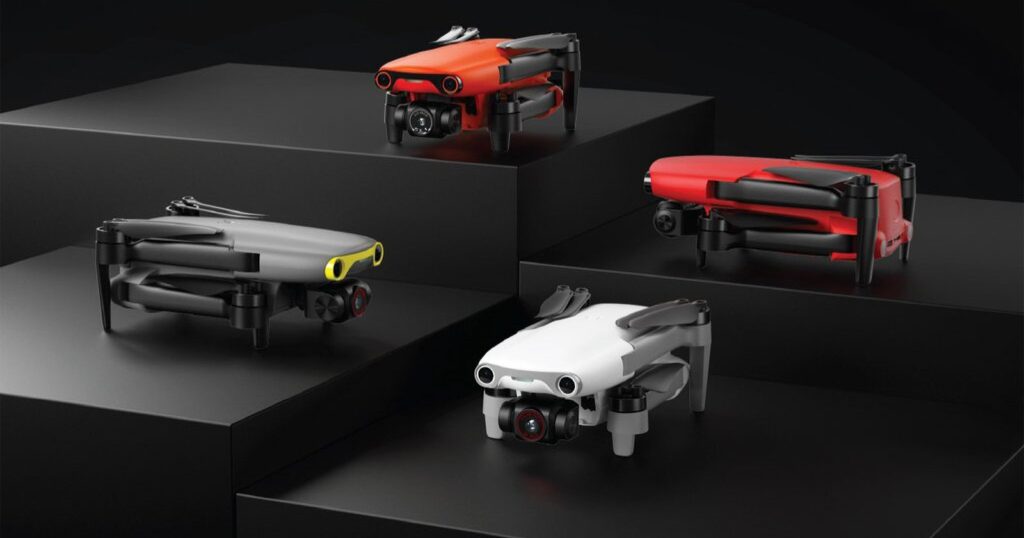 Let’s get started with the review.

Autel’s series of drones debuted in January 2022, and despite its small size (roughly the same as the DJI Mini 2), Autel has managed to include three-way obstacle avoidance, a camera with a 1/2-inch sensor, fantastic flight characteristics, and even the ability to record ambient audio while in the air. This is likely to be one of the best drones for beginners.

The Autel Evo Nano comes in two versions: basic and Nano Plus. Lite and Lite+ are two larger Autel modules. For easy transportation and storage, all of these drones will be ideal for seasonal fliers.

The Evo Nano weighs 249 grams, which is an important consideration for those who fly drones on an occasional basis, such as on vacations, weekends, or family gatherings. The designs of the Mini 2 and Nano appear to be similar, with the exception that the aft propeller arms of the Nano fold back horizontally. Evo Nano has the advantage of being extremely light in the hands.

The Autel SKY app is simple to use and gives GPS and video transmission information while in flight. Keep in mind that the default color settings are enough. Instant exposure lock is a useful function; simply tap on the dark region to brighten the image and vice versa.

Camera Performance: The camera features a three-axis gimbal for improved image stabilization and a 1/2-inch sensor capable of taking 48-megapixel stills and 4K films at 30 frames per second.

Flight Performance: Like any other DJI model, the AUTEL Nano flew well on a windy day, and the visual feed from this tiny drone is rather stunning. The Nano has a transmission range of 10 kilometers, which is the same as the DJI Mini 2. Nano has three main flight settings: Novice, Standard, and Sport. Novice has a top speed of 11 mph, Standard has a high speed of 22 mph, and Sport has a top speed of 33 mph. In a severe headwind, prefer Sport mode; otherwise, the Nano is ideal for winter flight.

Evo Lite +captures superb aerial imagery from the sky with 4K footage at 60fps, which is the drone’s best output. The camera’s overall performance is outstanding. With exceptional flying stability and flight features, the Lite+ is rated one of the best consumer drones on the market. It’s a dependable camera drone for personal usage. The Evo Lite+ is a viable alternative to the DJI Air 2S. These drones come in three colors: red, white, and orange.

While most people are familiar with DJI drones, competitors are attempting to produce solutions that will stand out in niche sectors. Autel develops excellent drones, thus healthy competition leads to better and more efficient drones. I’m waiting for Autel to release more fantastic items. If you’re looking to buy a new drone, the Autel is the way to go.