DJI is the undisputed leader of drone technology, photography equipments and their accessories. Its DJI Mavic series of drones, the premier drone from the brand, was rumored to add a ‘Standard’ version to the list soon. An additional to the listing on the FCC website of a model coded as ‘M1S’, as reported by Dronigon, sparked rumors of the Mavic Standard a while ago. This is further strengthened by the fact that DJI waited exactly 6 months to launch the Phantom 3 Standard after the debut of Phantom 3 Professional and Phantom 3 Advanced. It has been almost more than 6 months since the launch of DJI Mavic Pro as well.

If market rumors are to be believed, the DJI Mavic Standard drone is set to be cheaper than its Pro cousin. This is a clear indication to attract the lower-market segment of drone users in the US, Europe and Asia.

DJI Mavic Pro has been the top choice amongst professional photographers and drone enthusiasts alike. It features the most advanced software and hardware features. The Mavic Pro was the first-of-its-kind drone to be controlled by gestures. It was smaller and hence easy to carry around too.

The DJI Mavic Standard is also reportedly built on the same small chassis as the Mavic Pro.

The DJI Mavic Standard will be basically a toned-down version of the Mavic Pro. These are the expected features for the rumored drone from the world leading drone manufacturers:

Range – Approximately as far as 7 km

All in all, the upcoming DJI Mavic Standard will use almost the same accessories as the Pro series. Freewell, one of the top drone and photography accessories manufacturers in the world today, offers an extensive range of accessories for the entire drone range of DJI. 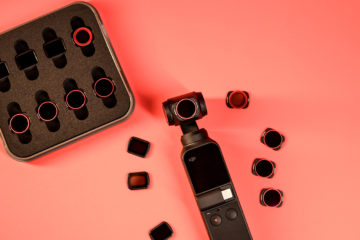